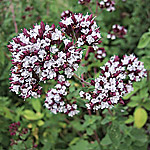 The lists below are intended to do something that has never been done before for these sites – to gather together records of as many species as possible, in order to provide an authoritative statement of what is known about the wildlife of the Roman Road and Fleam Dyke. The lists include records up to the end of 2012, and it is hoped in the future to produce updates listing significant changes and new species.

Numerous sources have been drawn upon, many of them difficult to obtain. Copies of the original sources have been retained, and are available on request. Personal observations have also been included from people who know the site well, and an attempt made for the less-common vascular plants to provide a comprehensive statement of the populations at the current time.

A page of Notes has been included for each site, which gives information defining the sections where sightings have been made, along with status (vascular plants), coverage, nomenclature, and references.

Thanks all those who have given up their time to contribute to these lists.

It is hoped that those interested in wildlife will, when coming across an interesting species, use these lists to help answer the question “Has it been seen before?”.  Comments on any aspect of the list are welcome, as are lists of records for new groups of species. There is very limited information about snails, fungi and crickets/grasshoppers, and this could be a project for someone! We would also be interested to receive corrections to the data presented, or individual observations of new, little-recorded, or particularly rare species. Please send any correspondence by email to christinenewell647@btinternet.com.